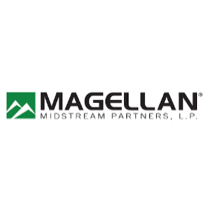 Magellan Midstream Partners, L.P. is a publicly traded oil pipeline, storage and transportation company based in Tulsa, Okla. Formerly a part of Williams Companies, Magellan began trading as Williams Energy Partners in February 2001. In September 2003, we changed our name to Magellan Midstream Partners and began trading under the stock ticker MMP.

In 2004, Magellan purchased significant assets from Shell, including more than 3,000 miles of refined product pipelines as well as terminals and storage capacity. In 2007, another acquisition expanded Magellan’s footprint again with increased capabilities in Texas. In 2009, we bought the Longhorn Pipeline running from Houston to El Paso. The reversal of this line has played a key part in Magellan’s growth the last few years. In 2010, Magellan purchased another 100 miles of pipeline and 7.8 million barrels of storage from BP. In 2013, Magellan acquired approximately 800 miles of refined petroleum products pipeline, four terminals and 1.7 million barrels of storage from Plains All American Pipeline. This purchase added assets in Colorado, New Mexico, South Dakota and Wyoming.

Today, Magellan has 9,700-mile refined products pipeline system with 53 connected terminals as well as 27 independent terminals not connected to our pipeline system and our 1,100-mile ammonia pipeline system. In addition, we own approximately 2,200 miles of crude oil pipelines and storage facilities with an aggregate storage capacity of about 26 million barrels, of which 16 million are used for leased storage. We also operate five marine terminals located along coastal waterways with an aggregate storage capacity of approximately 26 million barrels.