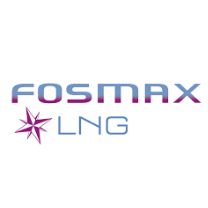 Fosmax LNG, a subsidiary of Elengy in which the latter has more than a 70% stake, alongside Total through its subsidiary TGEHF (Total Gaz Electricité Holding France), owns the Fos-Cavaou Liquefied Natural Gas Terminal.

Fosmax LNG commercially exploits the regasification capacities of the terminal and led the project to construct it (studies, purchasing, construction and start-up). As regards the operation and maintenance of the site, this is entrusted to its majority shareholder, Elengy, a ENGIE company, which has over 40 years’ experience in the operation of LNG terminals.

The Fos-Cavaou LNG terminal, which is spread over 80 hectares, is situated on the Mediterranean coast, 50 km west of Marseille, at the heart of the Cavaou peninsula (Fos-sur-Mer).