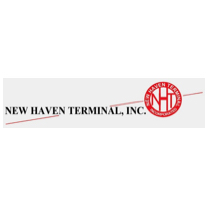 New Haven Terminal is a privately-owned bulk liquid petroleum storage terminal with a capacity of 2,520,624 barrels. It also features 184,500 feet of warehouse storage space, as well as land leased to a dry cargo stevedoring company and biodiesel production facility for their own businesses.

One of NHT’s two bulk liquid storage terminals, as well as the leased dry cargo and biodiesel assets, are located directly on New Haven Harbor in the city of New Haven, CT. The second bulk liquid storage terminal is 1.5 miles inland from the waterfront, and is located partially in the city of New Haven and partially in the town of East Haven.

The company was founded as a general cargo marine facility in 1940, by T.A.D. Jones, the grandfather of Joseph and Douglas Crowley. In 1959, Jones’s great-grandson, Joseph D. Crowley, became President and CEO of New Haven Terminal, a position he still holds today.

New Haven’s harbor was abandoned in the middle of the 19th century and was completely undeveloped for decades. In the early 1950s, the harbor was dredged to its present depth of 35 feet at Mean Low Water to permit commerce by ocean-going vessels. A prolonged domestic steel strike in 1962 turned many Connecticut steel users to foreign steel producers, and thus began the process by which New Haven Terminal became one of the major ports on the U. S. east coast for imported steel and other breakbulk and bulk liquid petroleum and chemical commodities.